Clarendon was once used as the primary typeface for the Northwest Railway System. It was created in London, England in 1825. With these two facts in mind, this Type Specimen was made and takes you on a journey through an old London train station while learning about Clarendon and its many uses as a Type Family. 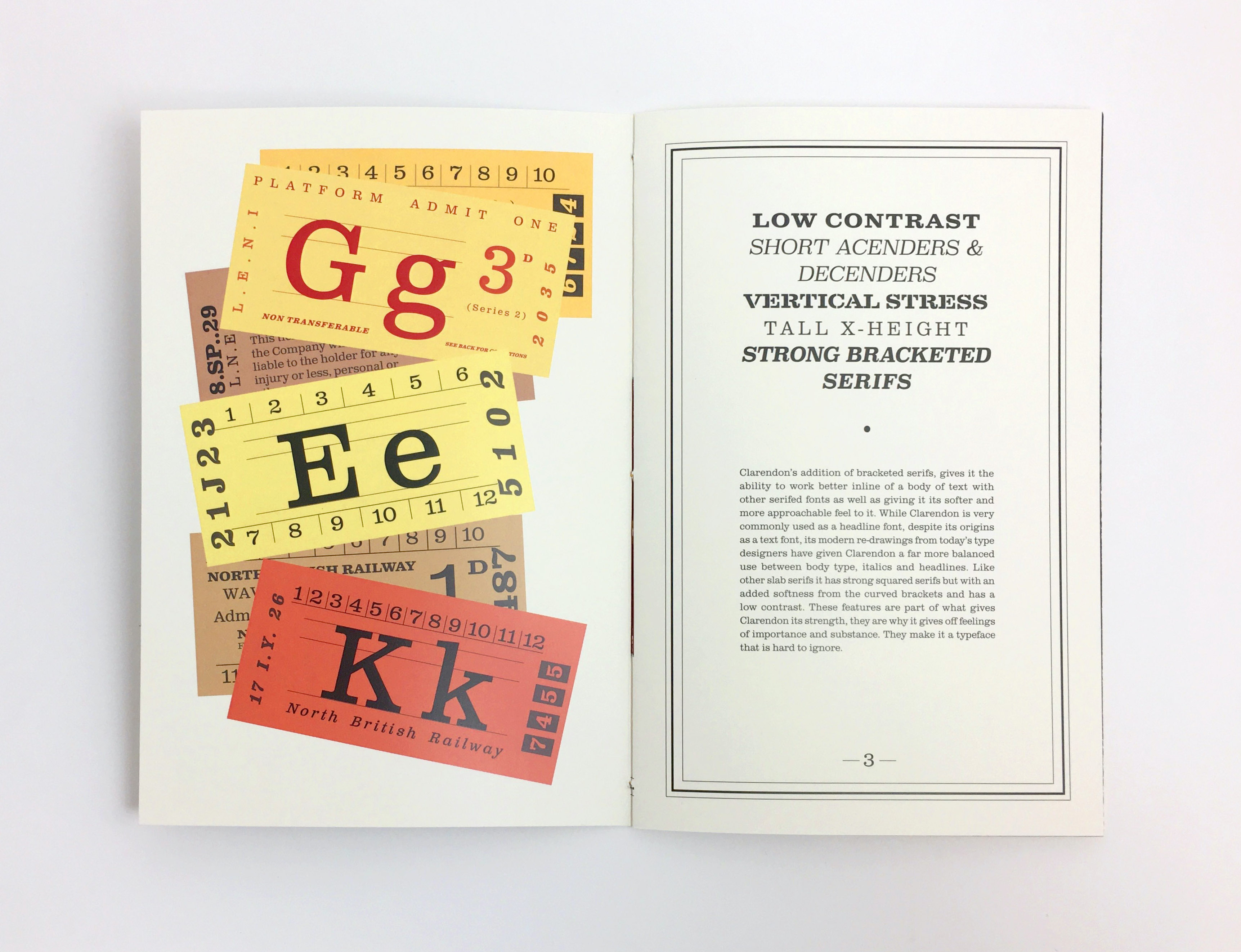 Clarendon is a slab serif created by Robert Beasley in 1825 London England. Many copies, adaptations, and revivals have been released, becoming almost an entire genre of type design. It was the first typeface to be registered under Britain’s Ornamental Designs Act of 1842. The patent expired three years later and other foundries promptly copied it but Beasley was nonetheless successful in business. A combination of black and white photography along with my vector art brings this book
to life which was also printed, cut, and hand-stitched together. 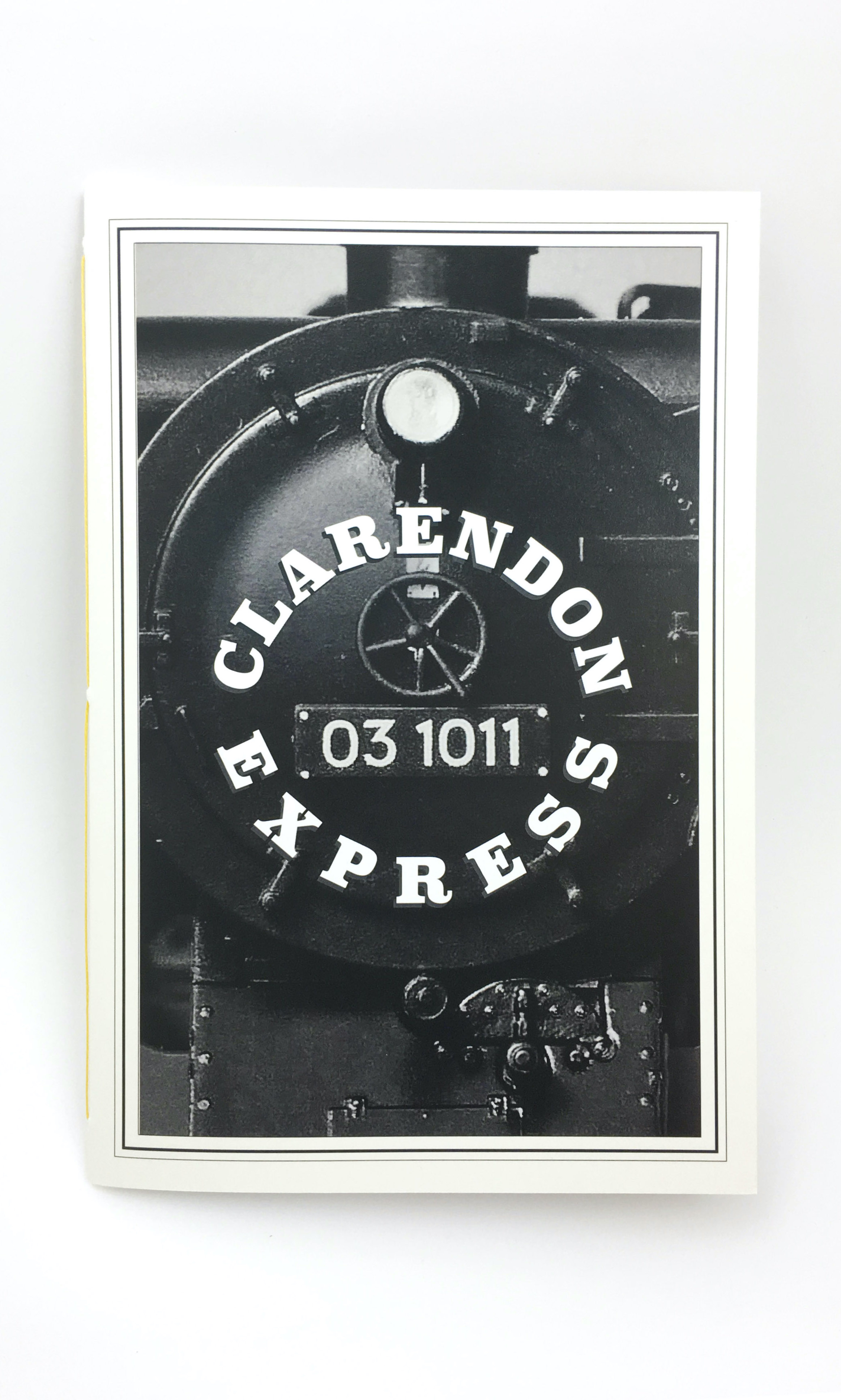 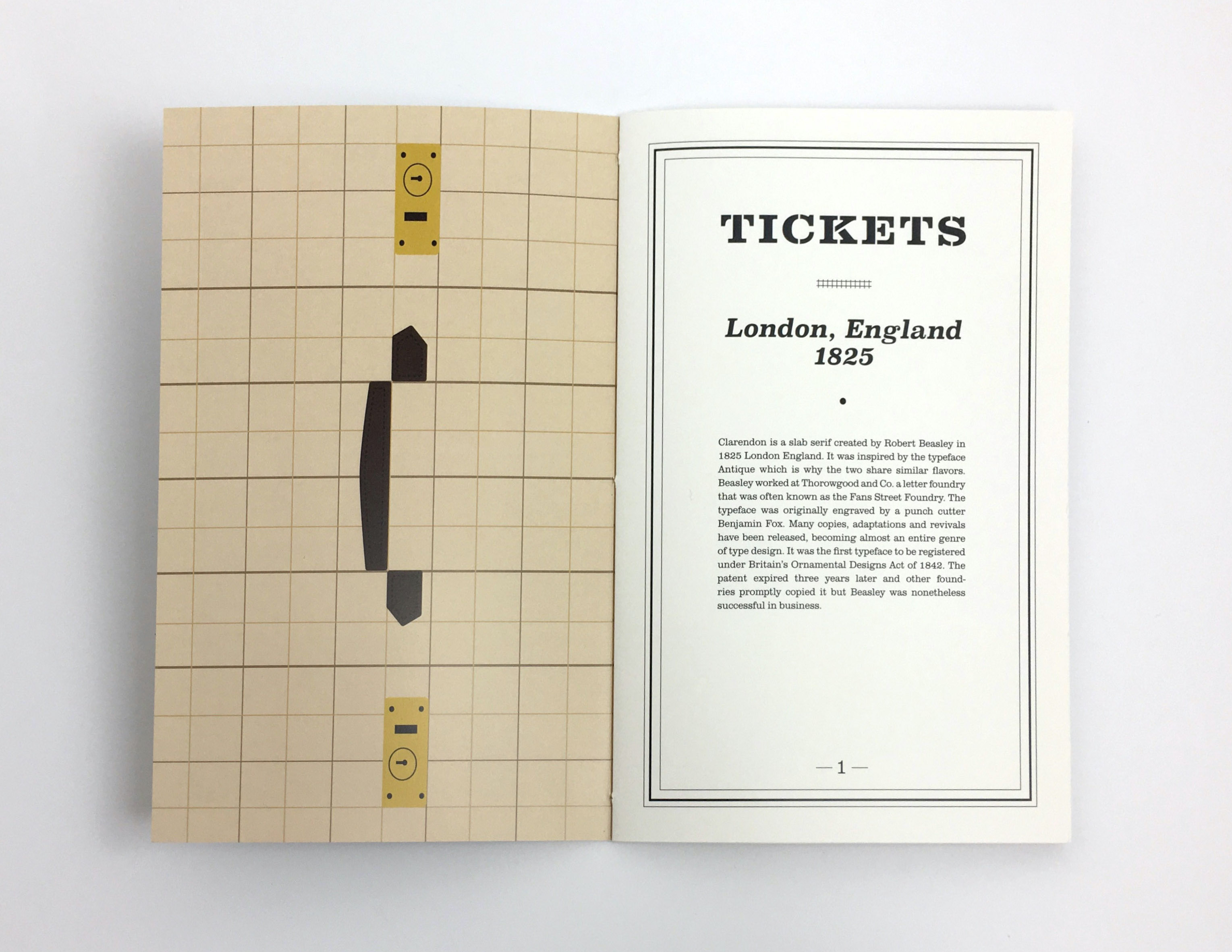 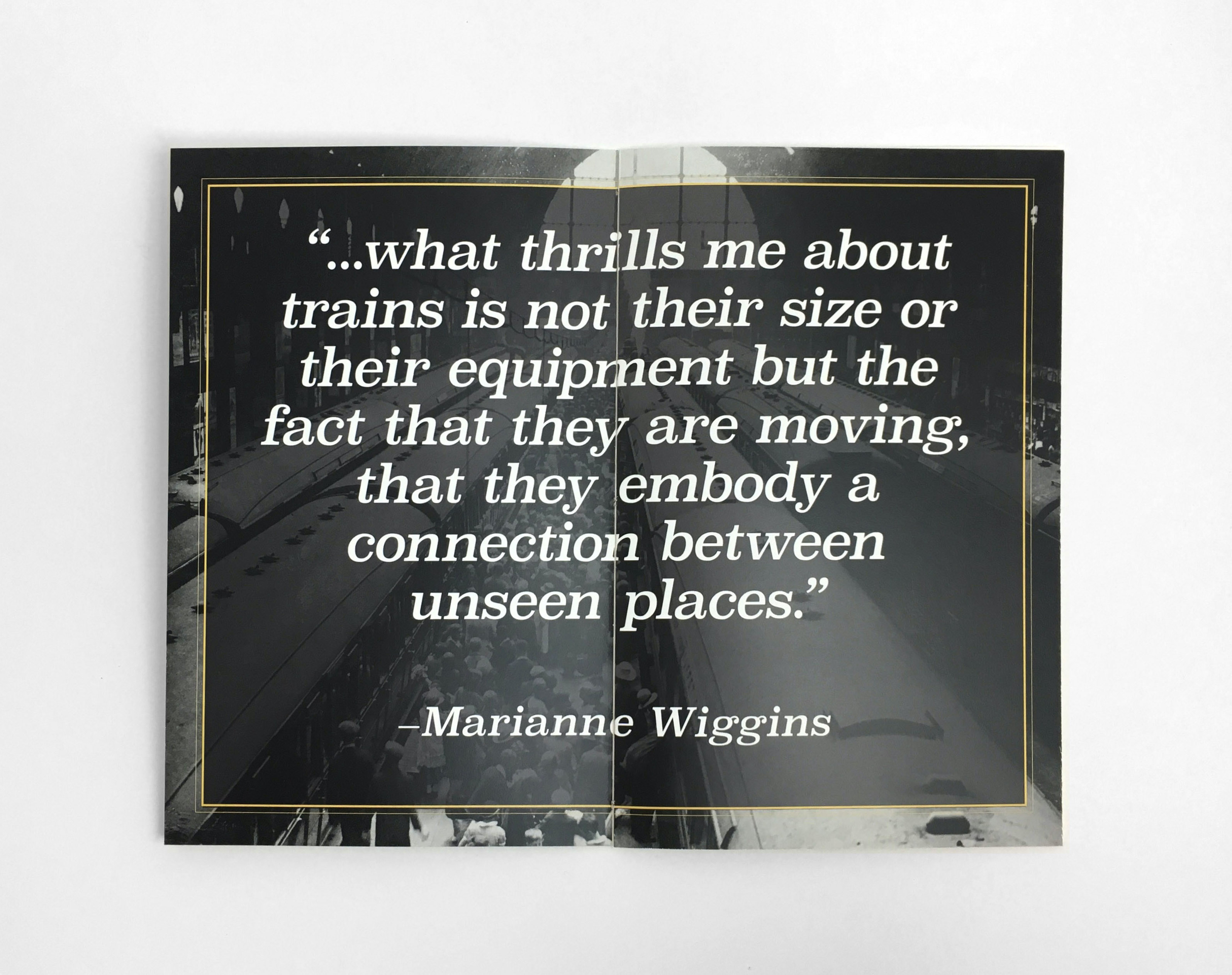 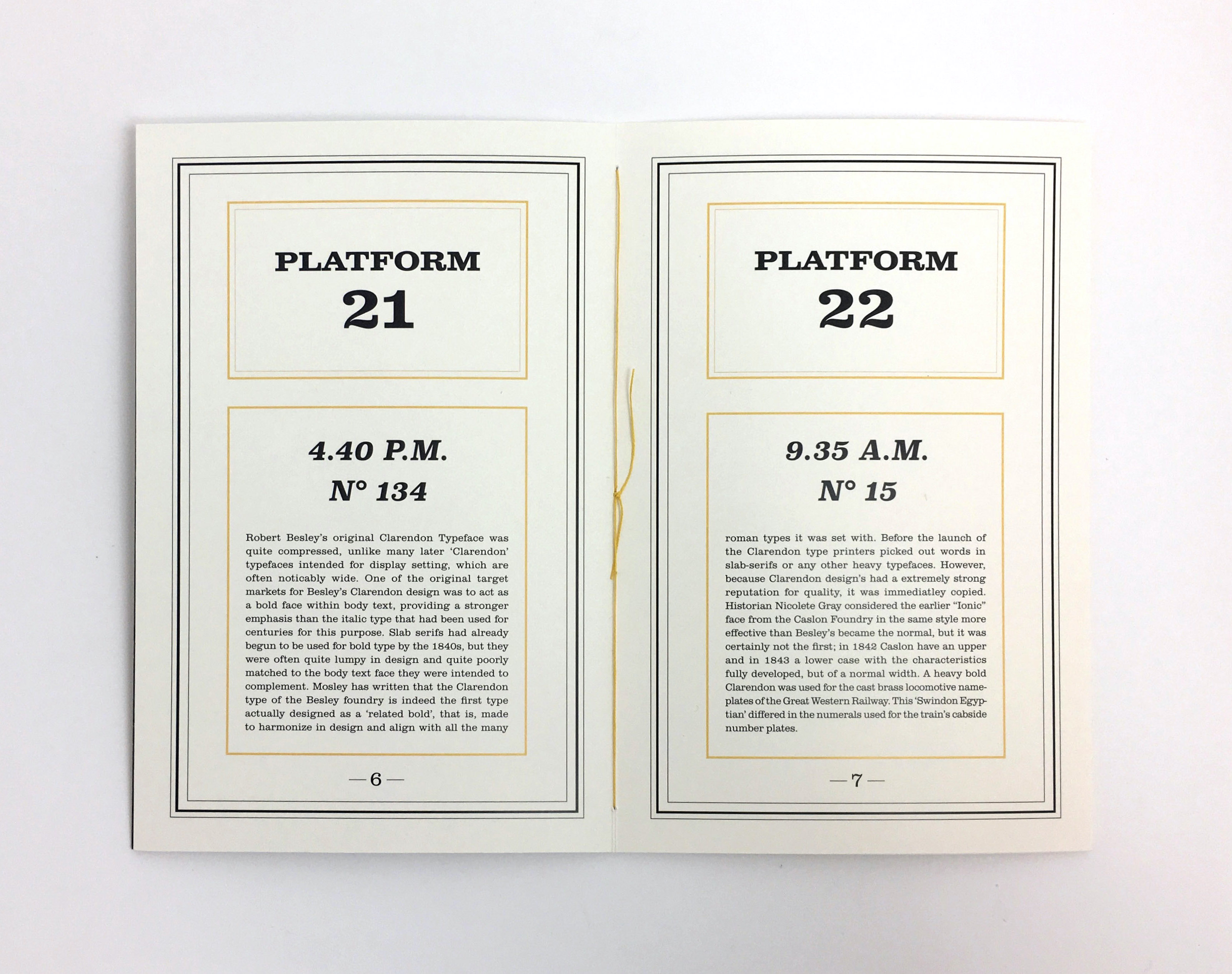 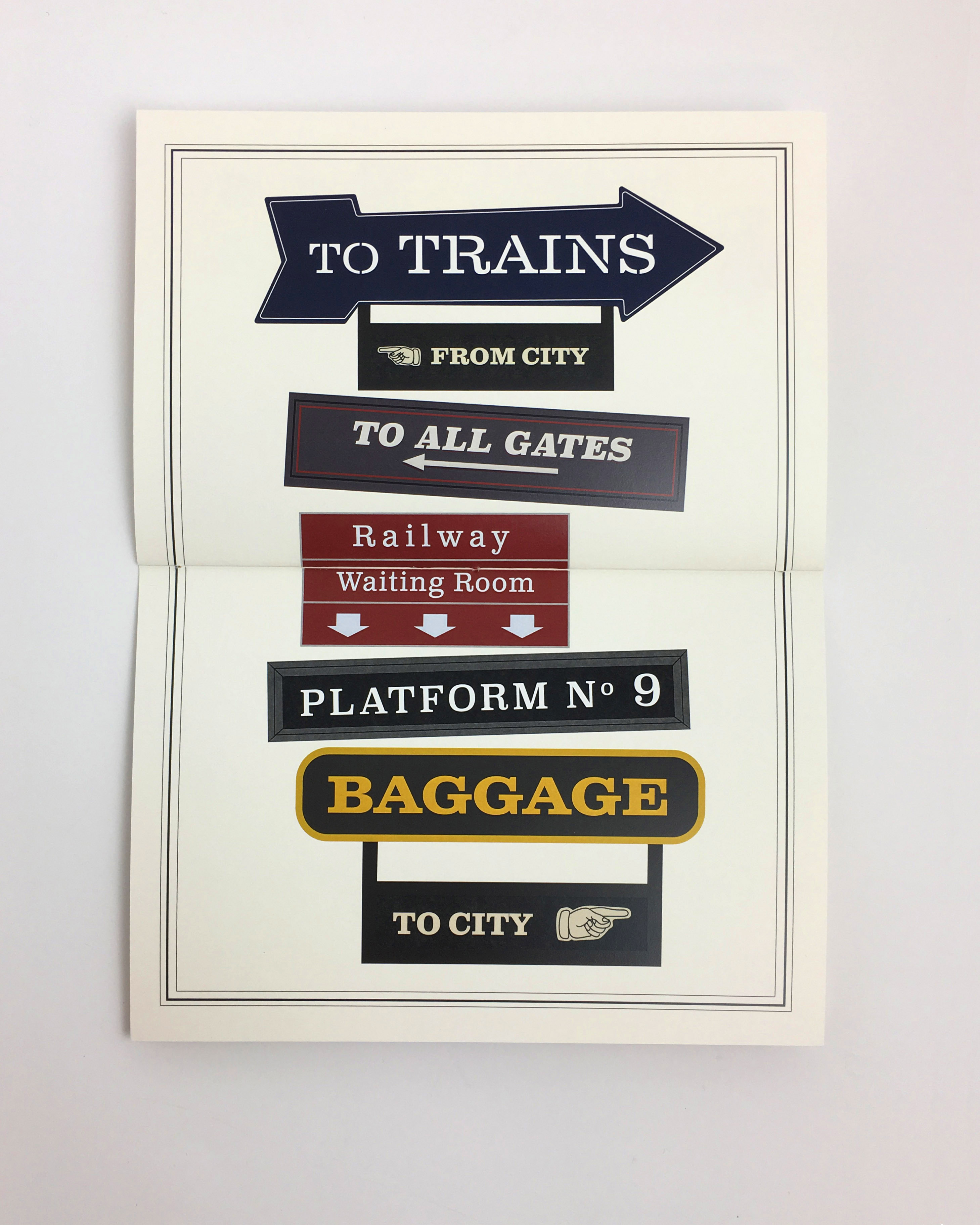 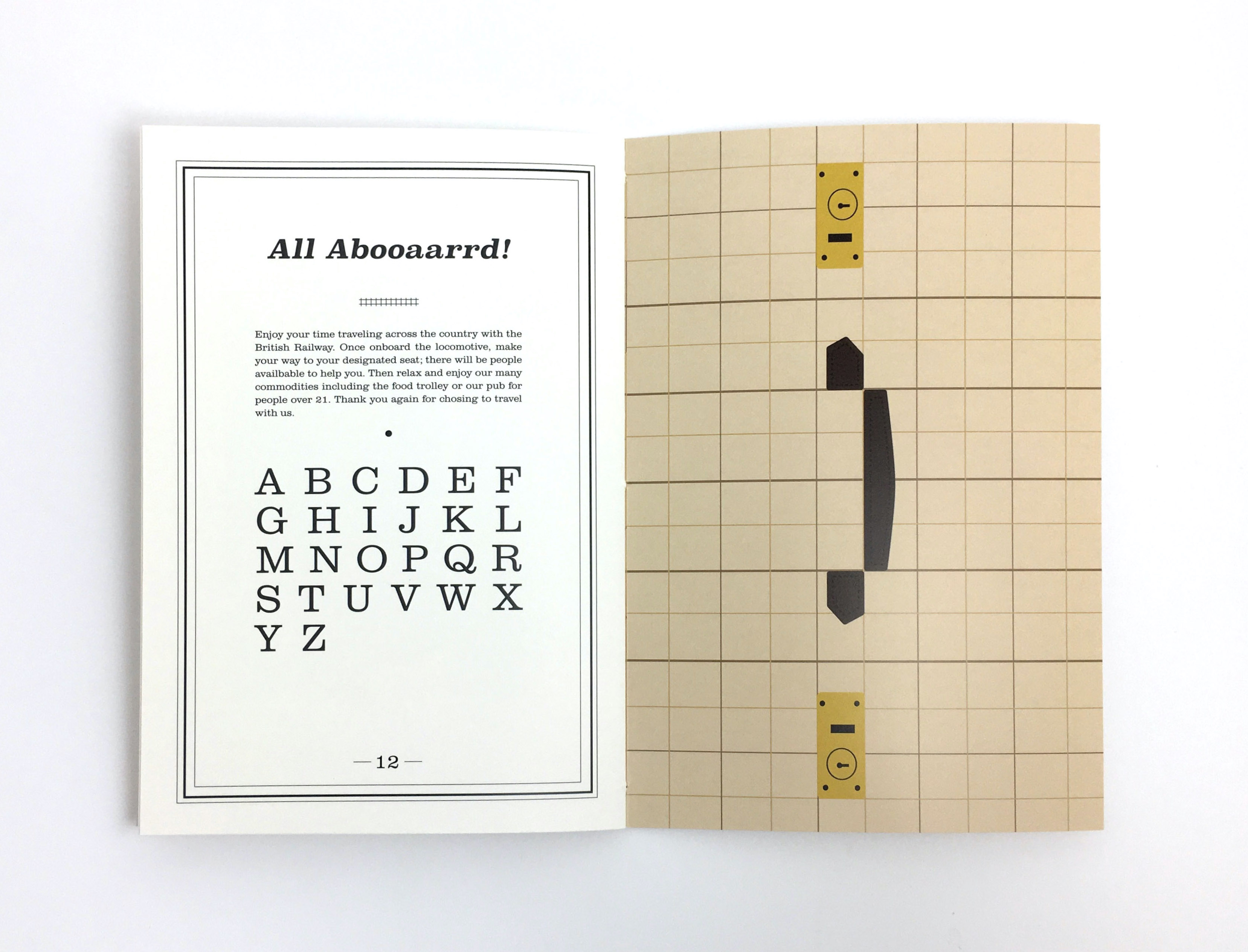